Biographical and bibliographical information on the university's department chairs from the historical past. 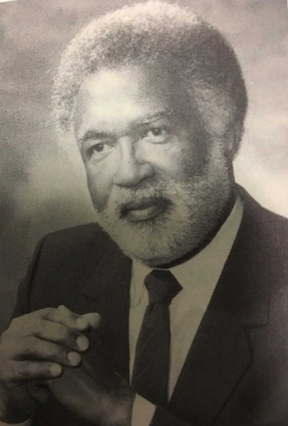 On June 1, 1971, Dr. Joseph L. Alexander began his term as the first chairman of the Department of Surgery at Charles R. Drew Postgraduate Medical School.

Below is a brief biographical excerpt from "Historical Notes" by Dr. Arthur Fleming, which eventually became part of his book chapter, from the two volume set, A Century of Black Surgeons (1987). Chapter 10, Volume One: "Martin Luther King, Jr. General Hospital and the Charles R. Drew Postgraduate Medical School" 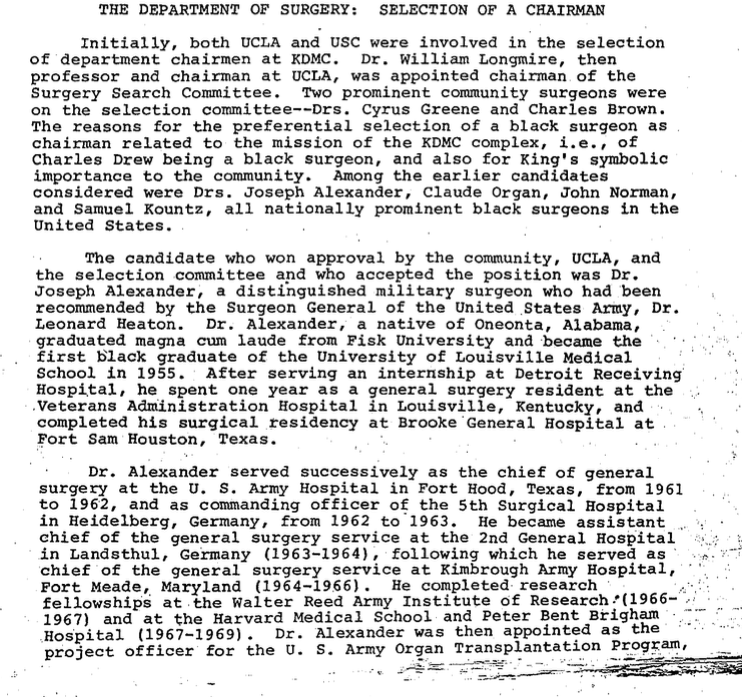