In early 1863, Alexander T. Augusta and Anderson R. Abbott, two black physicians, wrote letters to President Abraham Lincoln and Secretary of War Edwin Stanton requesting appointments as surgeons to the newly formed "colored regiments." Augusta received a military commission as a major, and Abbott was offered a position as contract surgeon with the rank of lieutenant.Both men wore the uniforms of Union Army officers as symbols of pride and patriotism despite the risk to their personal safety. Their appearance in officer uniforms stirred pride in many former slaves and free blacks, but provoked anger in others, both white and black. They represented a change in the role and position of African Americans that some were reluctant to accept.

Nurses, both women and men, worked for the Union Army in hospitals and on battlefields.  Though most had no formal training, they provided care and comfort to thousands of soldiers and civilians.  Susie King Taylor and Ann Stokes were former slaves who gained their freedom as the Union took over Confederate strongholds in the South. Once under the protection of the Union Army, these women took an active role in the fight for freedom by becoming nurses to wounded soldiers. Taylor and Stokes both served as caregivers for the sick and wounded though their experiences were different. Taylor treated the wounded on the battlefield, but received no pay or compensation for her work.  Stokes served several years on a hospital ship and was paid regular wages.  She would go on to become the only African American woman to draw a Navy pension based on her own service during the Civil War.

Susie King Taylor's memoirs are the only known published recollection of the experiences of an African American nurse during the Civil War.  In a letter to Taylor, reproduced in her book, Lt. Colonel Trowbridge, commander of the regiment, praises her "unselfish devotion and service through more than three long years of war in which the 33d Regiment bore a conspicuous part in the great conflict for human liberty and the restoration of the Union." 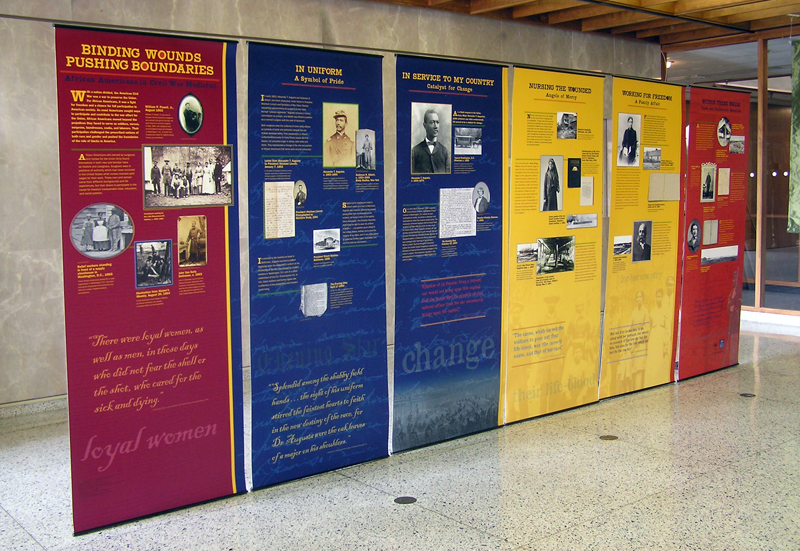