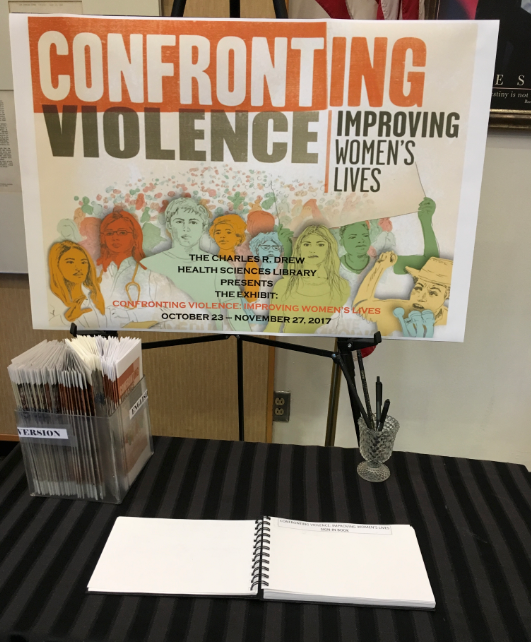 This exhibit is from the U.S. National Library of Medicine. The Charles R. Drew Health Sciences Library hosted the exhibit from October 23 - November 27, 2017. The exhibit was on display for all faculty, staff, students, and people in our community. This exhibit give the awareness that started from the late 1970s, nurses were in the vanguard as they pushed the larger medical community to identify victims, adequately respond to their needs, and work towards the prevention of domestic violence.

* All information and pictures are provided from NLM. For more in-depth look at this exhibit, please go to:  https://www.nlm.nih.gov/exhibition/confrontingviolence

Activists and reformers in the United States have long recognized the harm of domestic violence and sought to improve the lives of women who were battered. 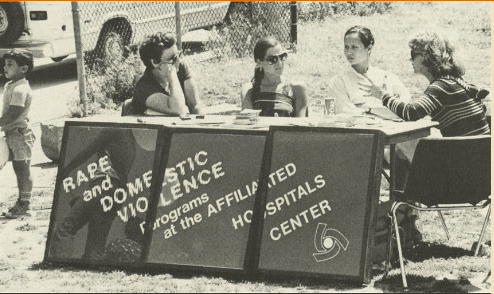 Brigham and Women’s Hospital, an organization on the vanguard of identifying and treating women who were battered, sponsors a neighborhood health fair, 1980

Nurses successfully began to change the medical profession as they advocated, educated, and organized nationally.  Based on their research and experience, nurses and their allies created and implemented some of the first hospital protocols for treating women who were battered. Using these protocols, medical practitioners learned how to identify, properly treat, and provide support and resources to this population. Following suit, in the mid-1980s, the public health community identified domestic violence as a priority health issue. This recognition marked a significant step toward the reform of the medical and health professions in treating victims of domestic violence. 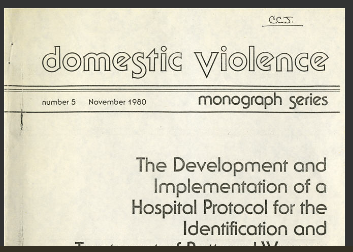 Temperance and women’s rights advocates called attention to family violence and agitated for reform during the mid-19th century. Despite their efforts, society as a whole continued to ignore domestic violence.The most dramatic changes came over a century later. In the mid-1970s, grassroots feminist activists and survivors of domestic violence organized the battered women’s movement. Using the slogan “we will not be beaten,” they exposed the prevalence of violence in women’s lives, provided shelter and support, and advocated for widespread changes.Feminist agitation spawned significant reform in law, social services, and, eventually, medicine. 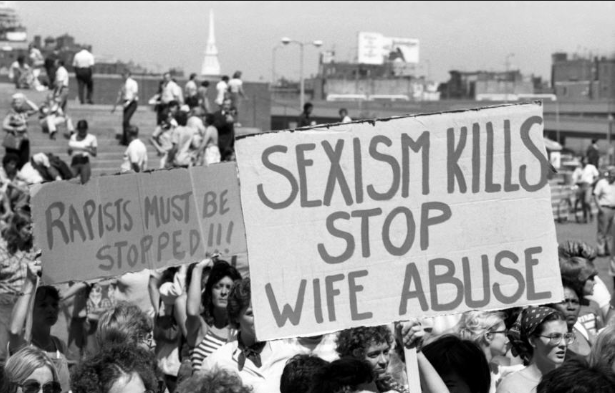 Women rally in City Hall Plaza, in Boston to speak out against violence against women, August 26, 1976. ©Ellen Shub 2015 all other rights reserved

Nurses changed the way the medical profession identified and treated women who were battered. By the 1990s, all the major medical organizations recognized domestic violence as a significant health issue and urged their members to take action, reinforcing over a decade of advocacy by nurses and their allies.  While these reforms were significant and helped to save and improve lives, the work of ending violence in American homes continues to this day. As individuals and community members, we all have a part to play in confronting violence and improving women’s lives. Together we can make a difference. 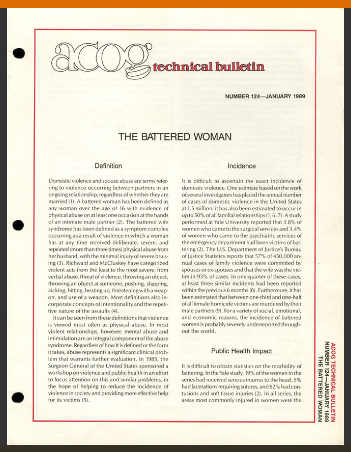 Nurses were among the first to identify women who were battered as a population with specific health needs that were largely neglected by the medical community. Through both their research and practice, nurses saw firsthand the epidemic of violence in women’s lives. In response, they prioritized improvements in the medical attention and treatment for women who were battered.  Whether in nursing school or working in emergency rooms, nurses were in a unique position to recognize and address domestic violence as a pressing health crisis for millions of women. 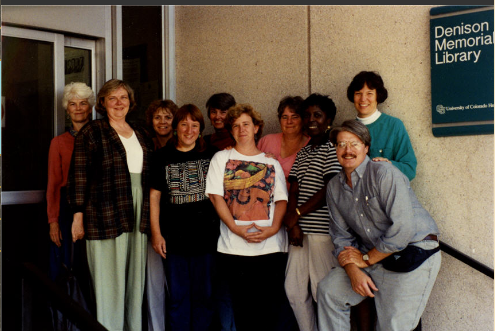 Exhibition: And the Work Continues

Activists today continue to work tirelessly to support and empower victims of intimate partner violence. Individuals and organizations have developed innovative and creative approaches to sharing information and assisting in recovery. In the past ten years, there has been an increased focus on the specific needs of teens, immigrant women, women of color, as well as the role of men in stopping violence. 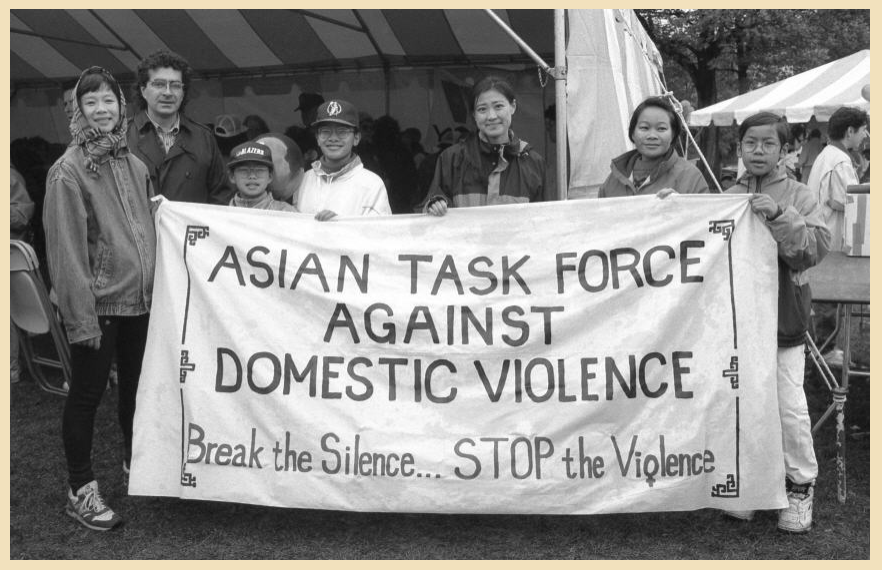 Activists with the Asian Task Force Against Domestic Violence participate in the first Jane Doe Walk for Women’s Safety in Boston, MA, 1992.  As the movement against domestic violence evolved, women of color and immigrant women called attention to their specific needs.

Charles R. Drew Health Sciences Library and The College of Medicine had a discussion around the exhibit 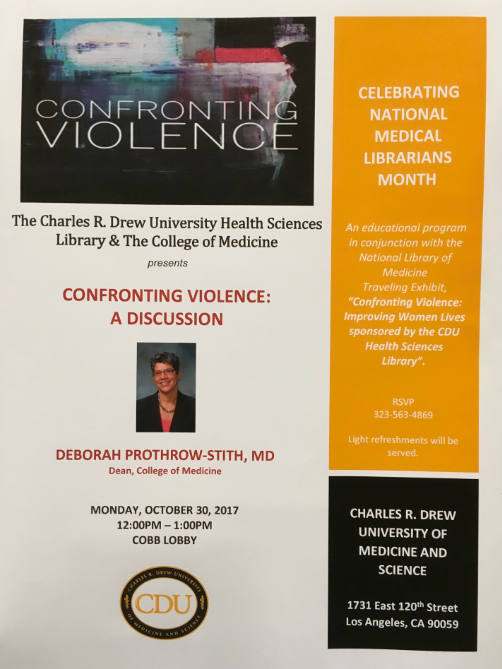 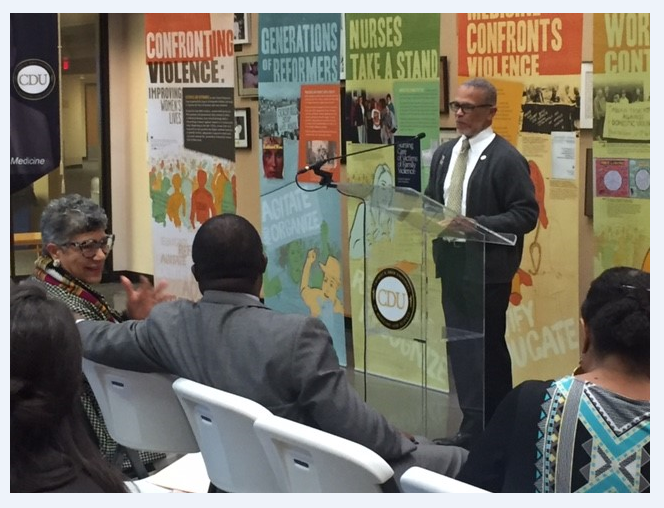 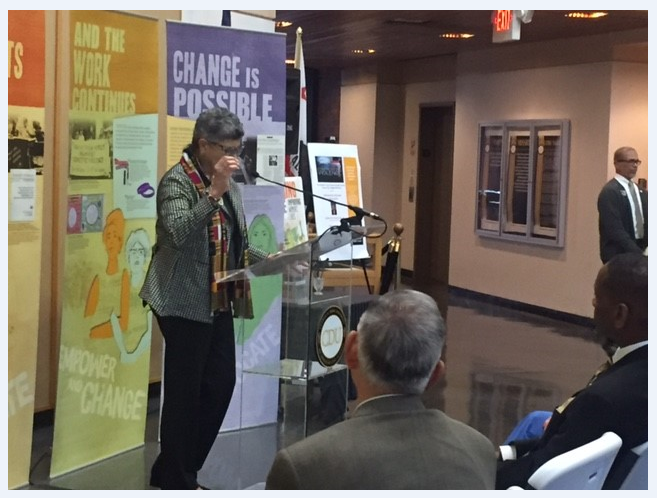 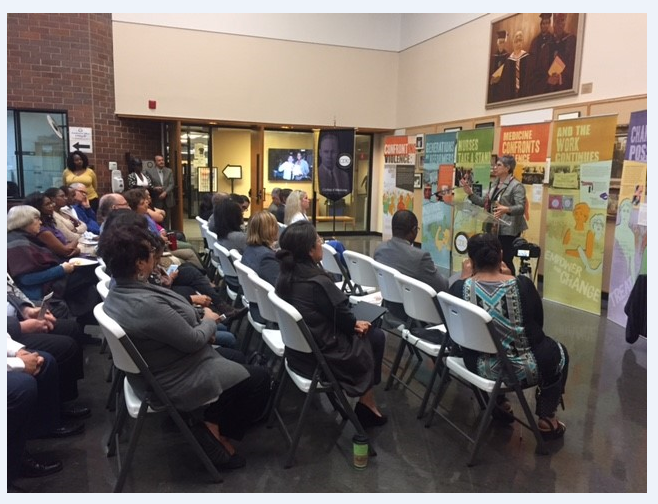 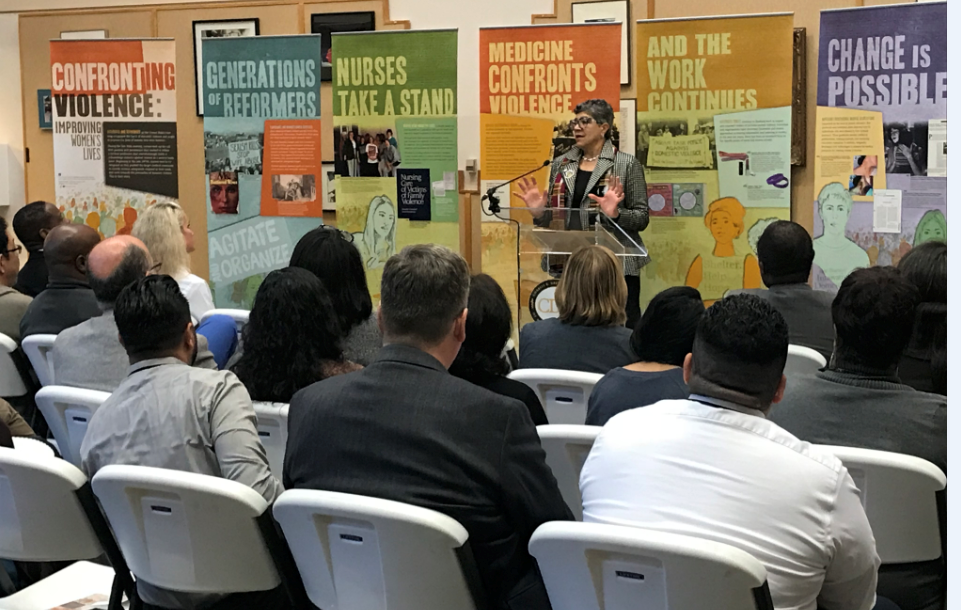 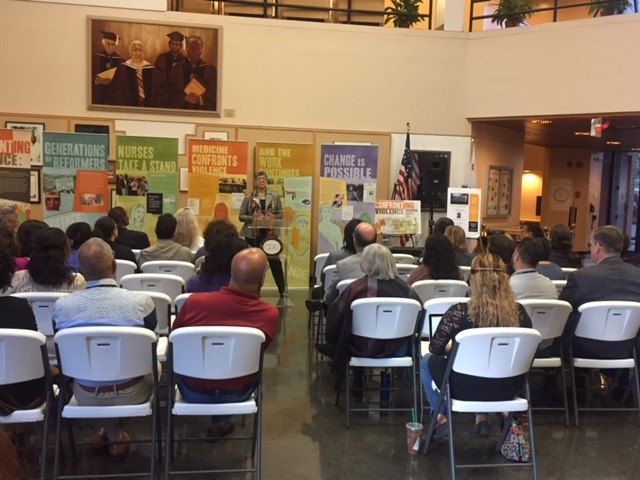 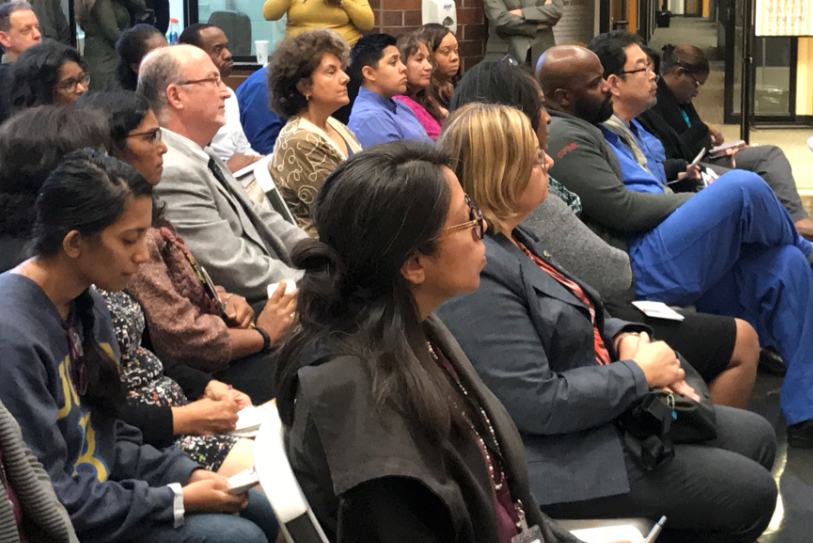 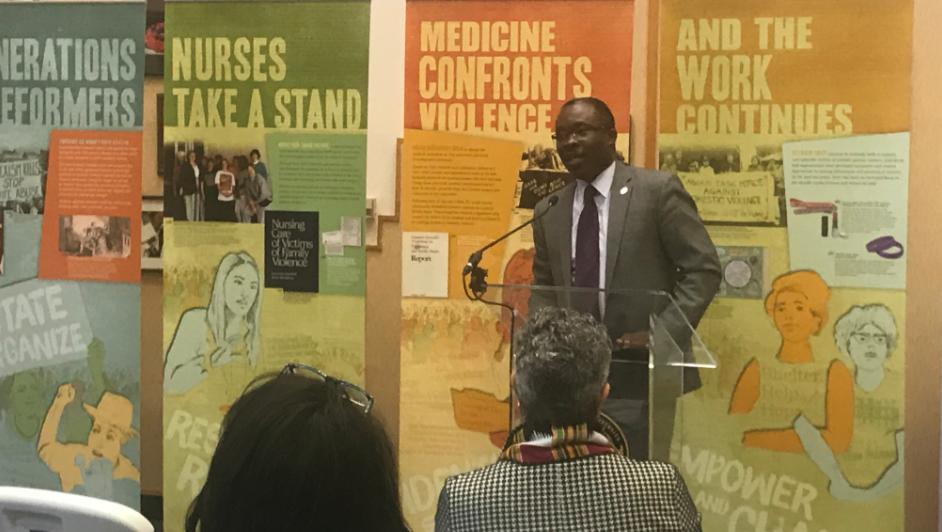 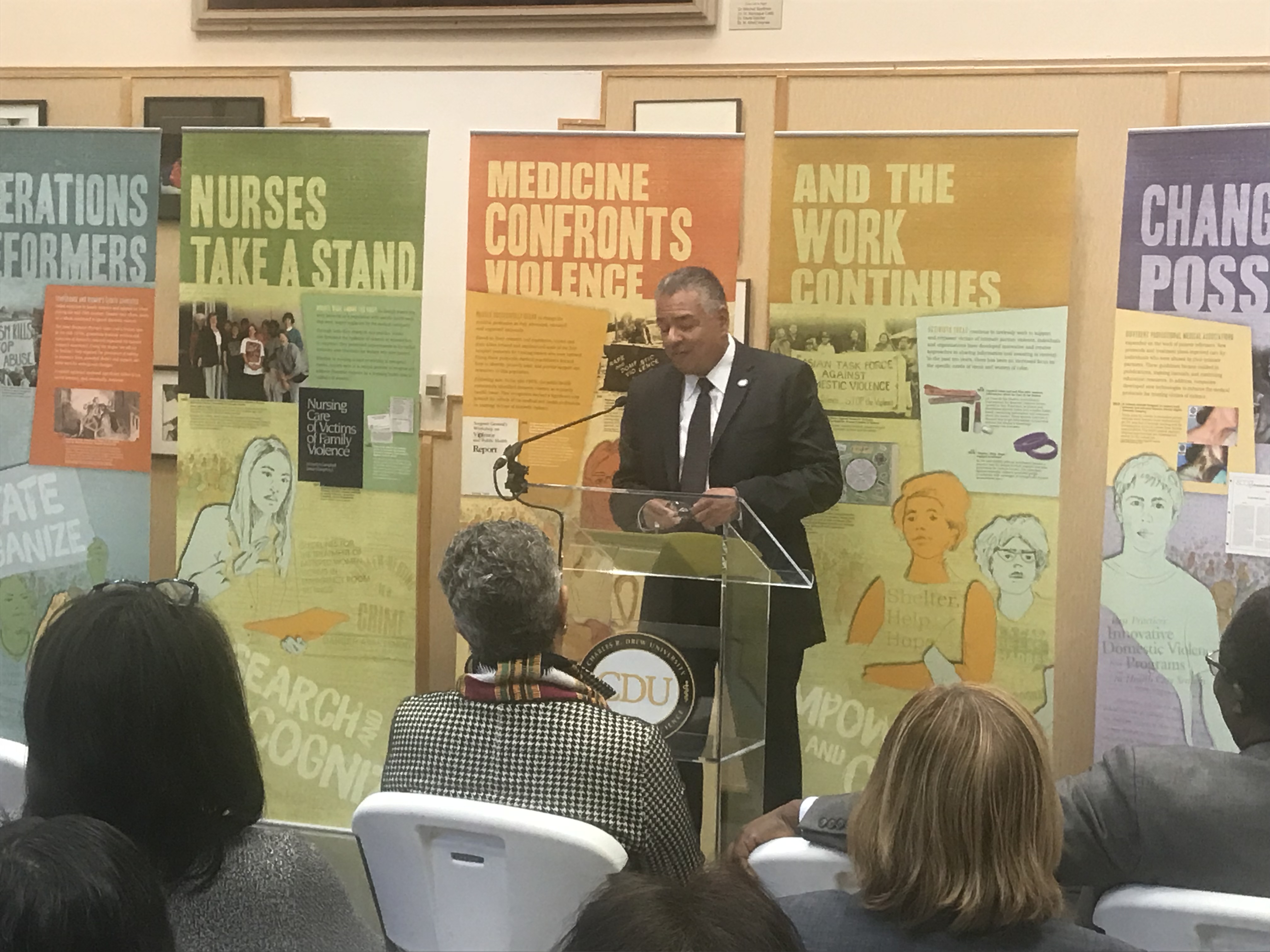 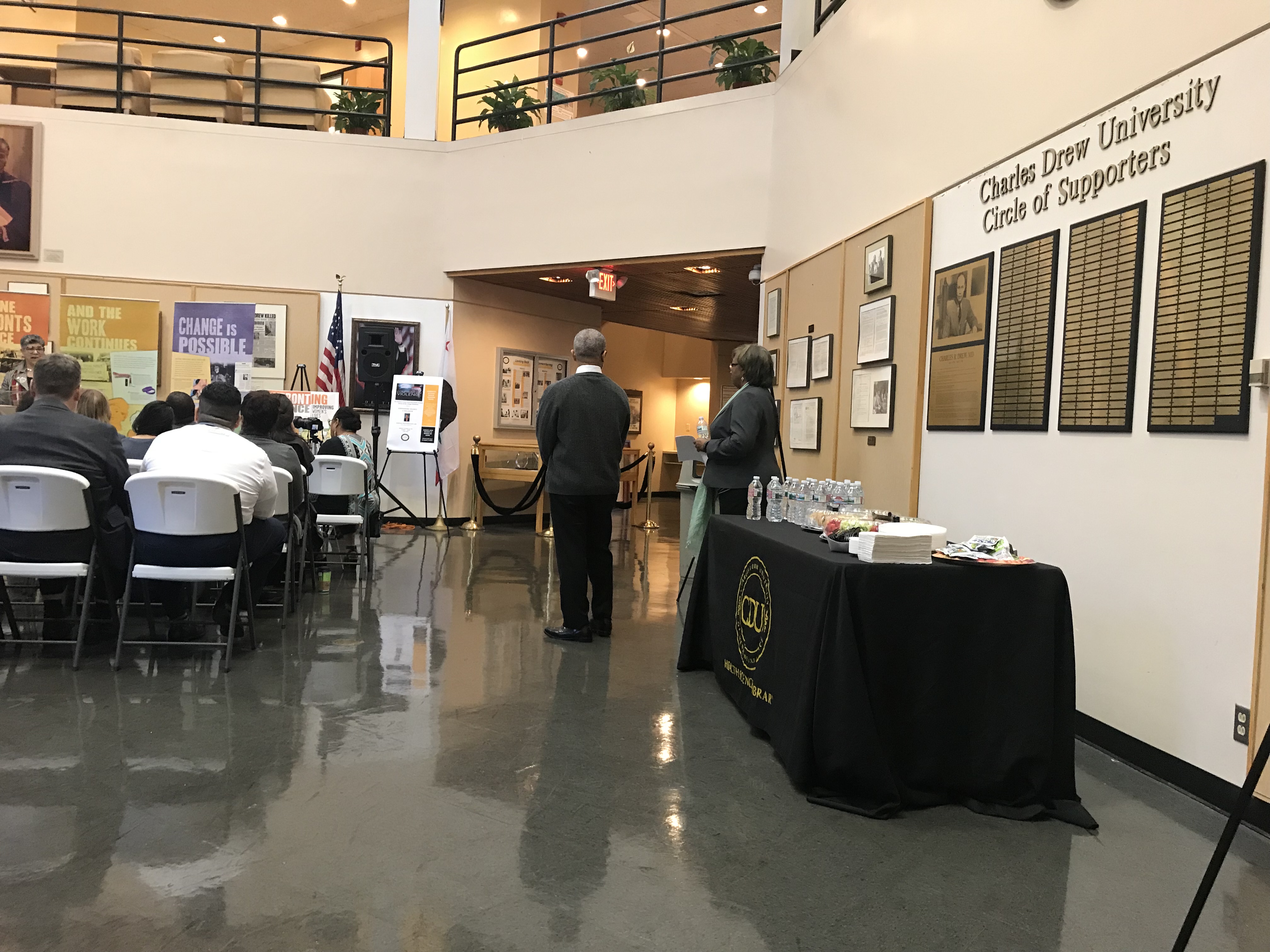