Library Exhibits: A Voyage to Health

A Voyage to Health: An Exhibit from the National Library of Medicine

The  Charles R. Drew Health Sciences library hosted the exhibit A Voyage to Health: An exhibition about the revival of Native Hawaiian Traditions. The exhibit was here from May 20 - July 11, 2013. This exhibit looks at the migrating voyagers from the South Pacific who began to settle on Kanaloa Kaho‘olawe, named after Kanaloa, the god of the ocean, around the year 1,000. Over the centuries, the island became home to families of farmers and fishers. It likewise developed into a natural observatory for keeping the solar and lunar calendars, and a navigational hub for the region. A Voyage to Health is broken into four parts, and gives us a look at: Journey of the Native, The Assault on Kanalo Kaho'Olawe, Reclaiming the Island, Aloha Aina: Love of the Land, and The Legacy Continues.

Here are some pictures taken of the exhibit at the Charles R. Drew Health Sciences Library: 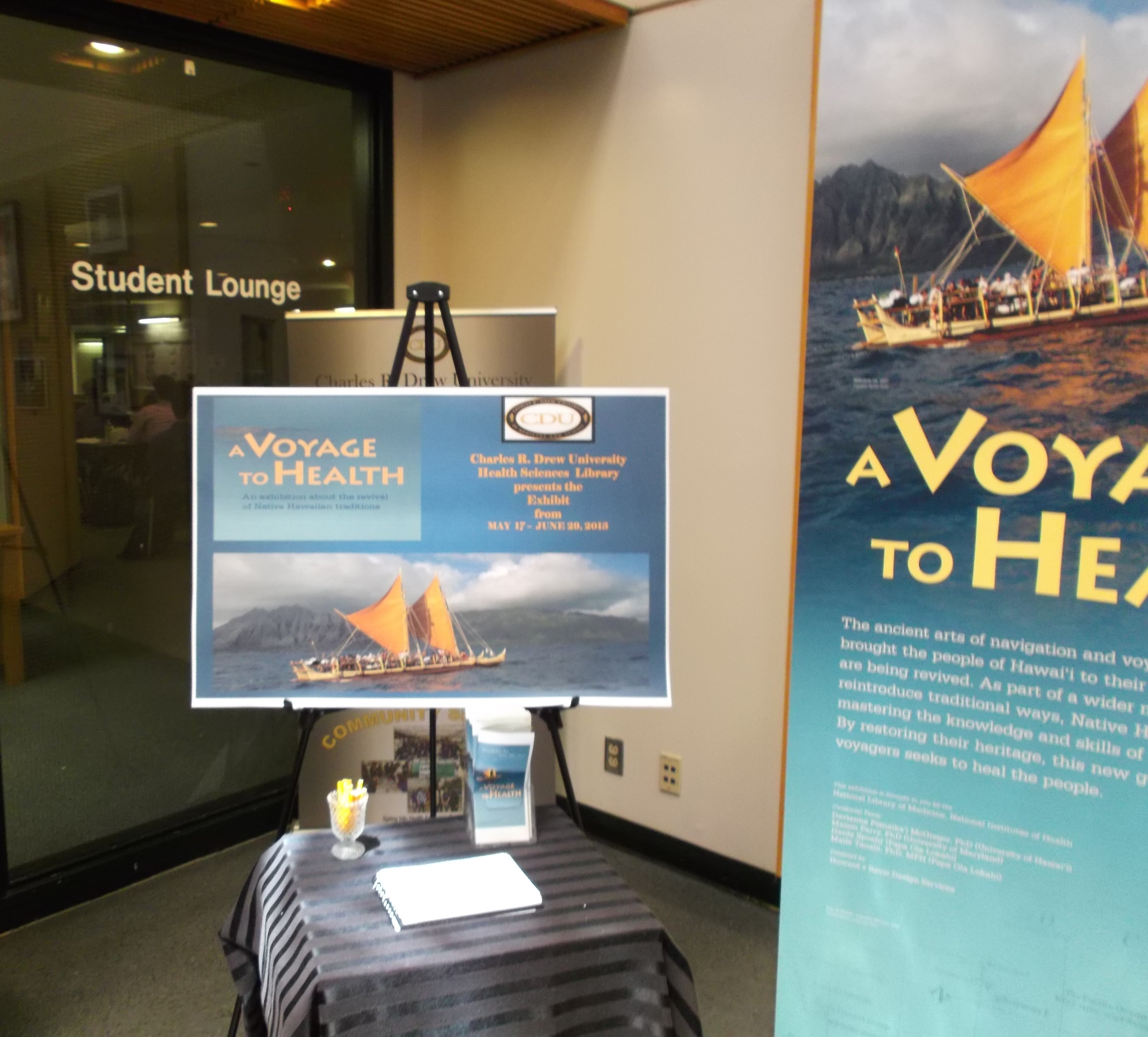 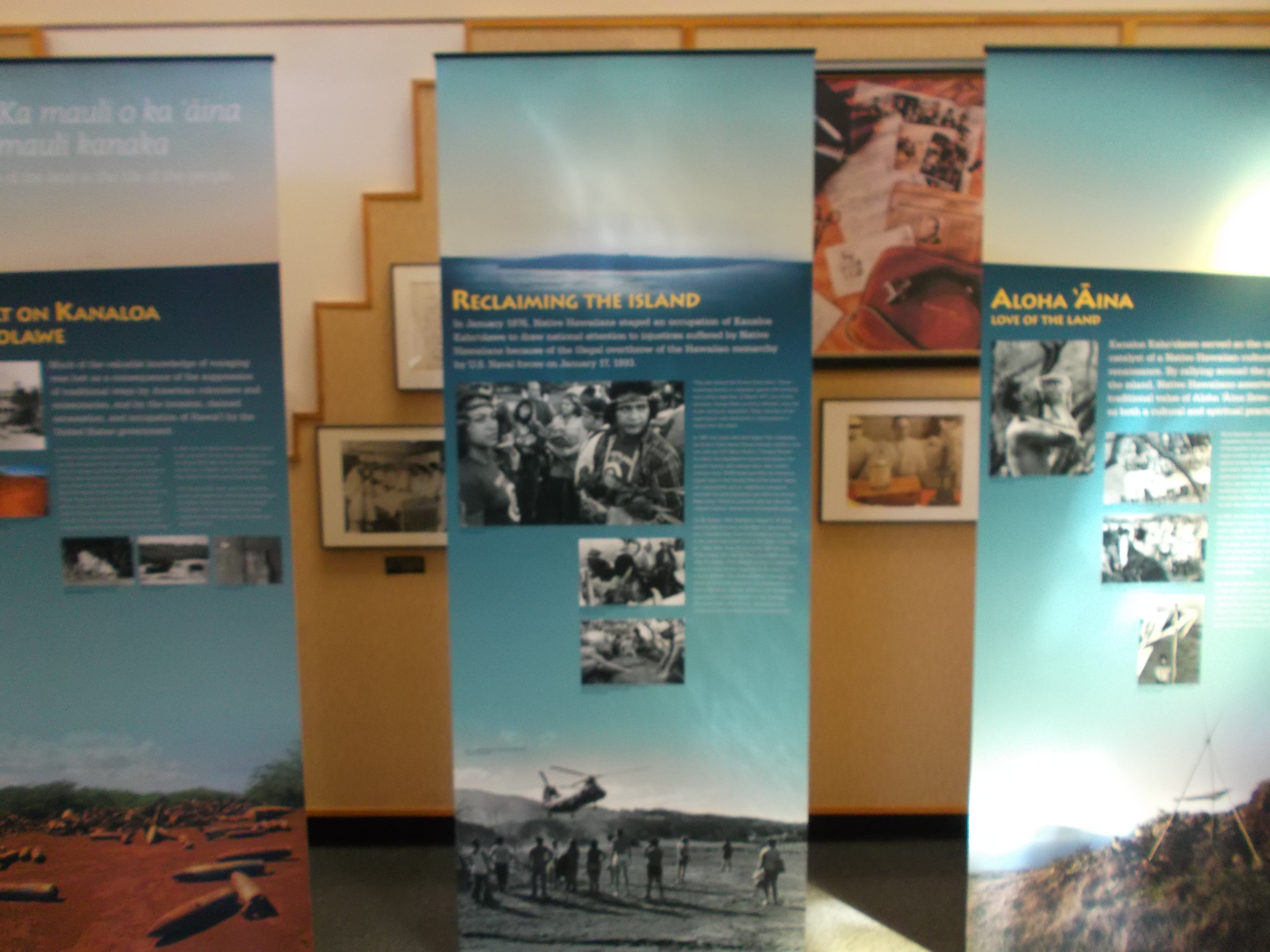 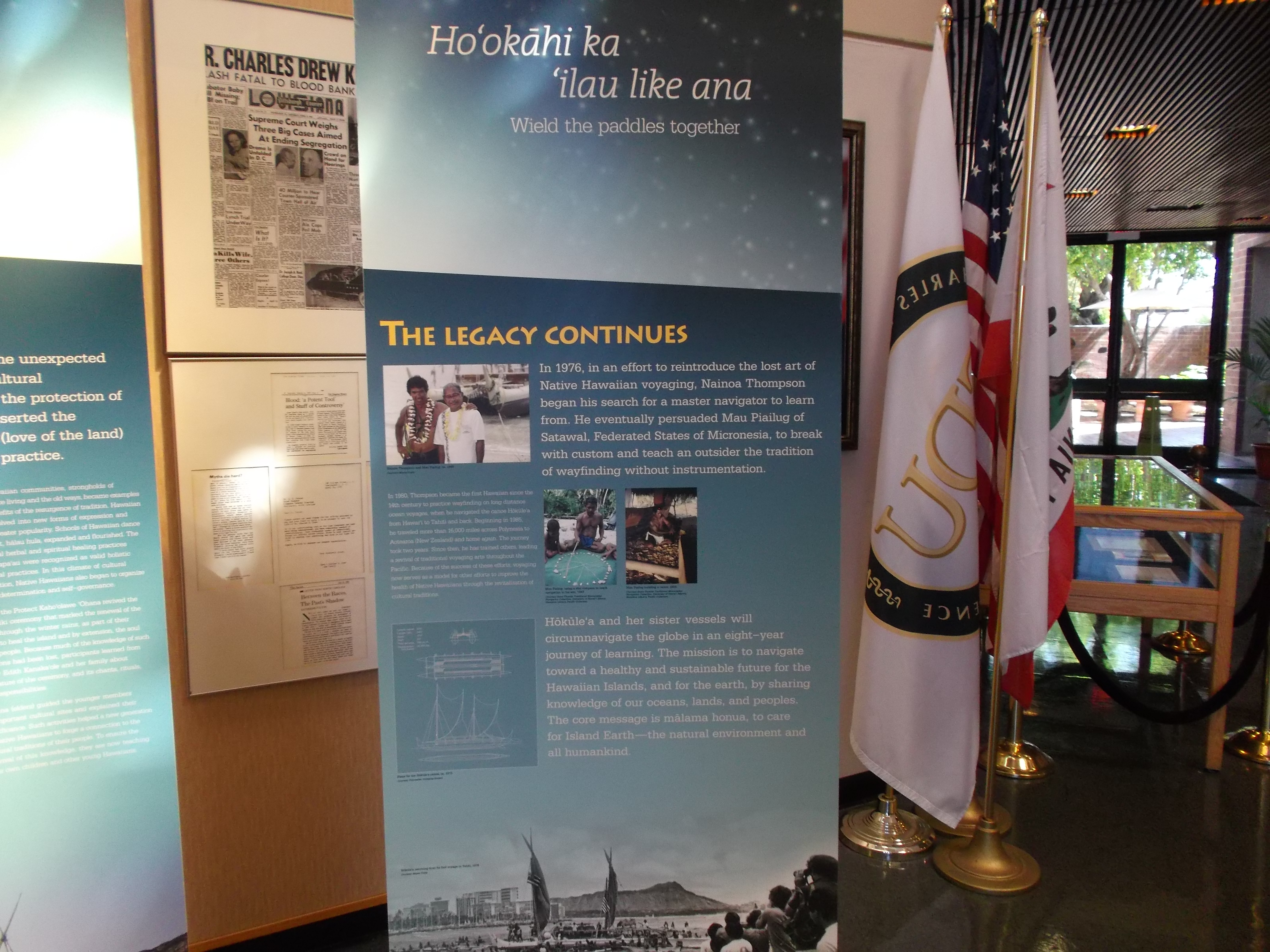 Migrating voyagers from the South Pacific began to settle on Kanaloa Kaho‘olawe, named after Kanaloa, the god of the ocean, around the year 1,000. the assault on Kanalo Kaho'Olawe

Much of the valuable knowledge of voyaging was lost as a consequence of the suppression of traditional ways by American colonizers and missionaries, and by the invasion, claimed annexation, and occupation of Hawai‘i by the United States government. 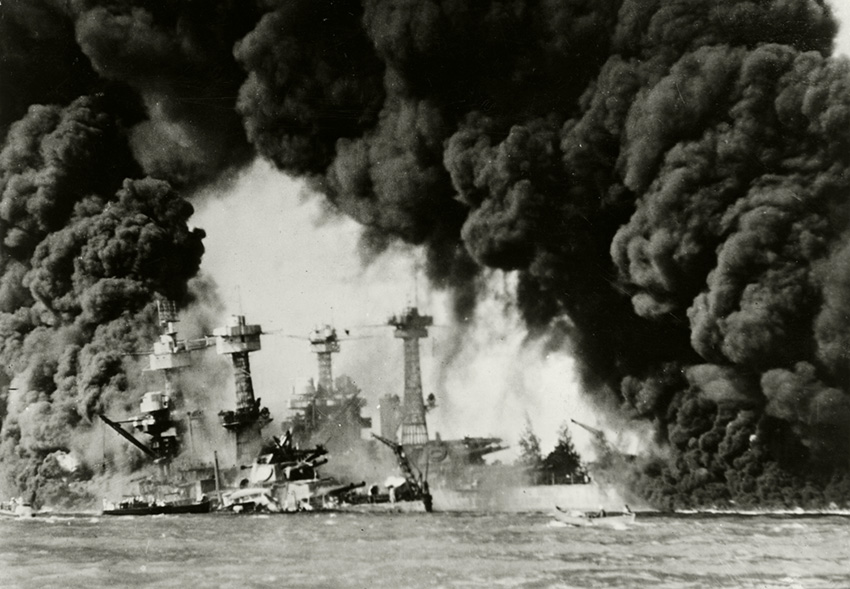 Here are some historic pictures of Reclaiming the Island

In January 1976, Native Hawaiians staged an occupation of Kanaloa Kaho‘olawe to draw national attention to injustices suffered by Native Hawaiians because of the illegal overthrow of the Hawaiian monarchy by U.S. Naval forces on January 17, 1893. In 1980, four years after they began their campaign, the Protect Kaho‘olawe ‘Ohana partially settled a civil suit with the U.S. Navy. Under a “Consent Decree” the Navy was mandated to survey and protect the island’s historic and cultural sites; clear surface ordnance from 10,000 acres and limit the ordnance impact area to the central third of the island; begin soil conservation and re-vegetation programs;  eradicate the goat population; and allow the Protect Kaho‘olawe ‘Ohana to regularly visit the island for cultural, religious, educational and scientific purposes. 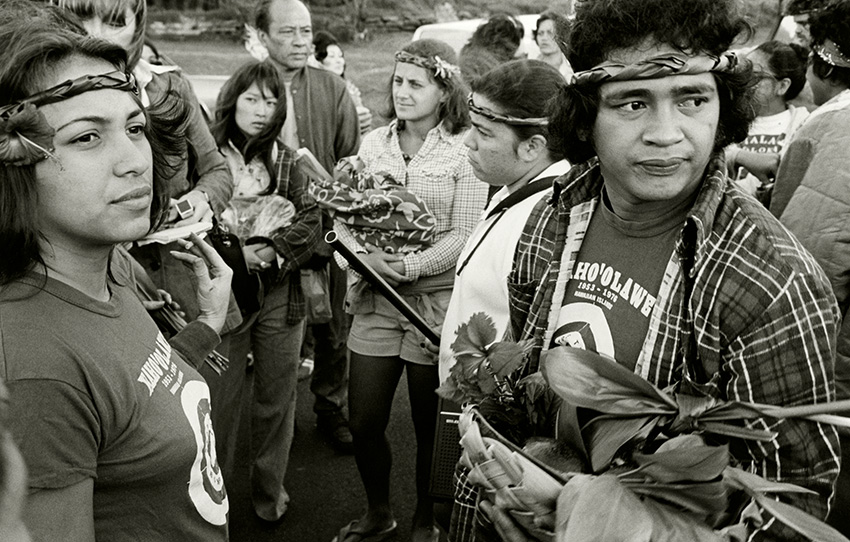 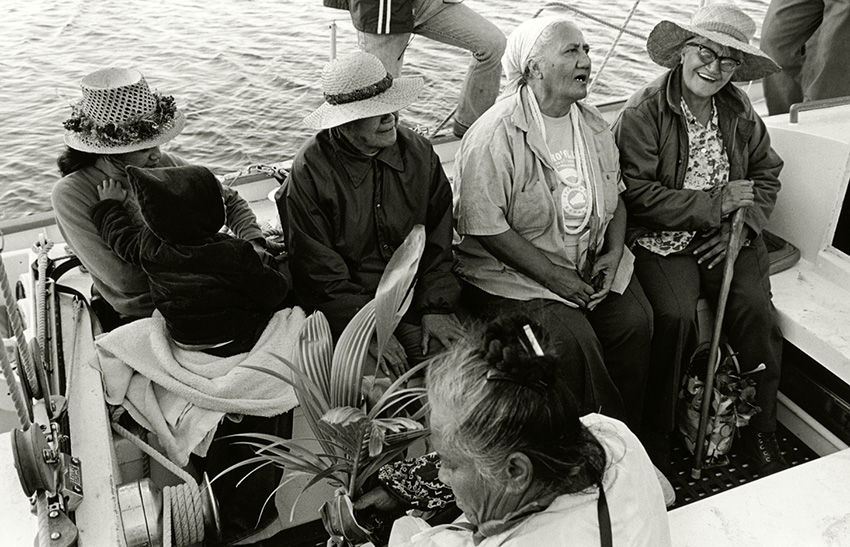 Aloha Aina: Love of the Land

Kanaloa Kaho‘olawe served as the unexpected catalyst of a Native Hawaiian cultural renaissance. By rallying around the protection of the island, Native Hawaiians asserted the traditional value of Aloha  ‘Āina (love of the land) as both a cultural and spiritual practice. 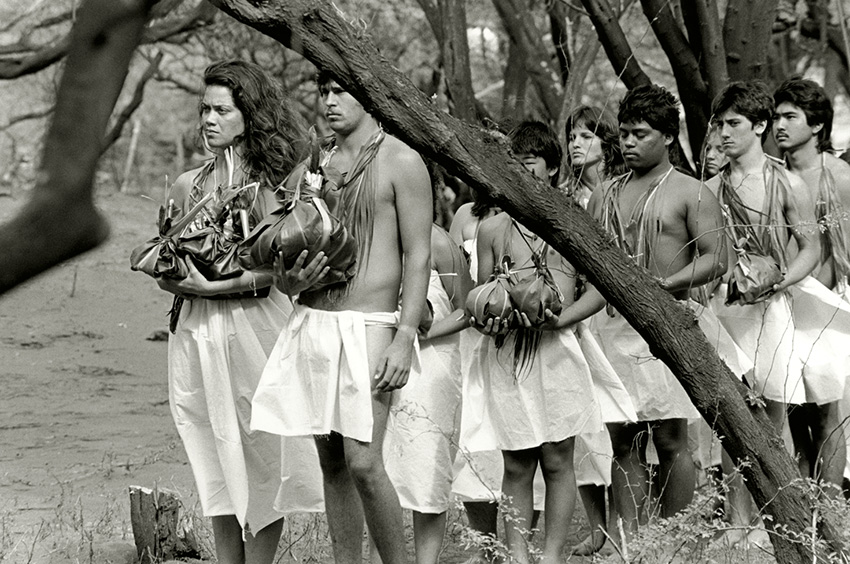 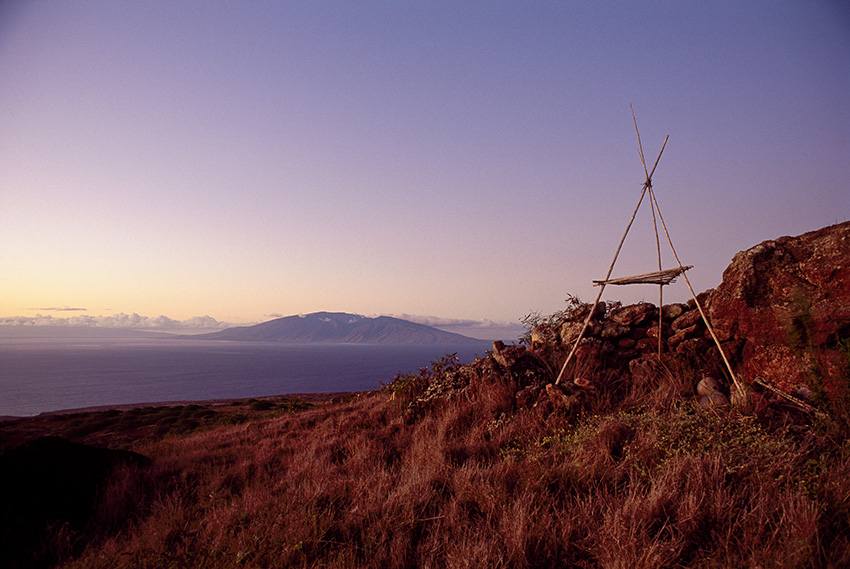 Shrine at Moa‘ulaiki, the “seat of navigation,” 1993. Courtesy Franco Salmoiraghi

In 1976, in an effort to reintroduce the lost art of Native Hawaiian voyaging, Nainoa Thompson began his search for a master navigator to learn from. He eventually persuaded Mau Piailug of Satawal, Federated States of Micronesia, to break with custom and teach an outsider the tradition of wayfinding without instrumentation. In 1980, Thompson became the first Hawaiian since the 14th century to practice wayfinding on long distance ocean voyages, when he navigated the canoe Hōkūle‘a from Hawai‘i to Tahiti and back. Beginning in 1985, he traveled more than 16,000 miles across Polynesia to Aotearoa (New Zealand) and home again. 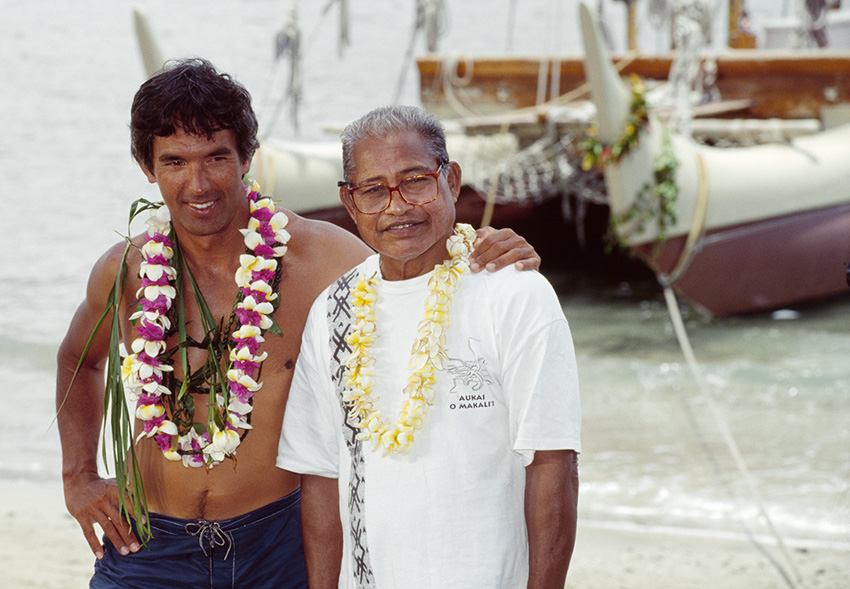 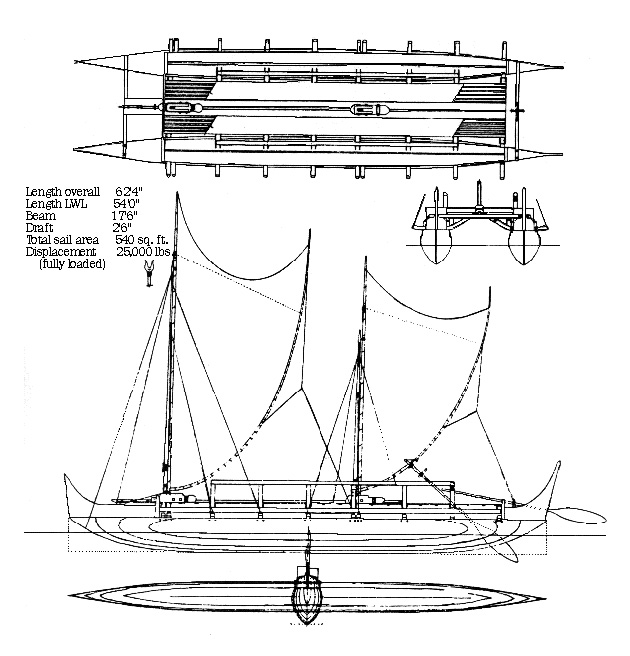 Plans for the Hōkūle‘a canoe, ca. 1973. The Polynesian Voyaging Society has licensed the use of the Trademarked image of Hōkūle‘a—for temporary, exclusive, educational purposes only—to the National Library of Medicine 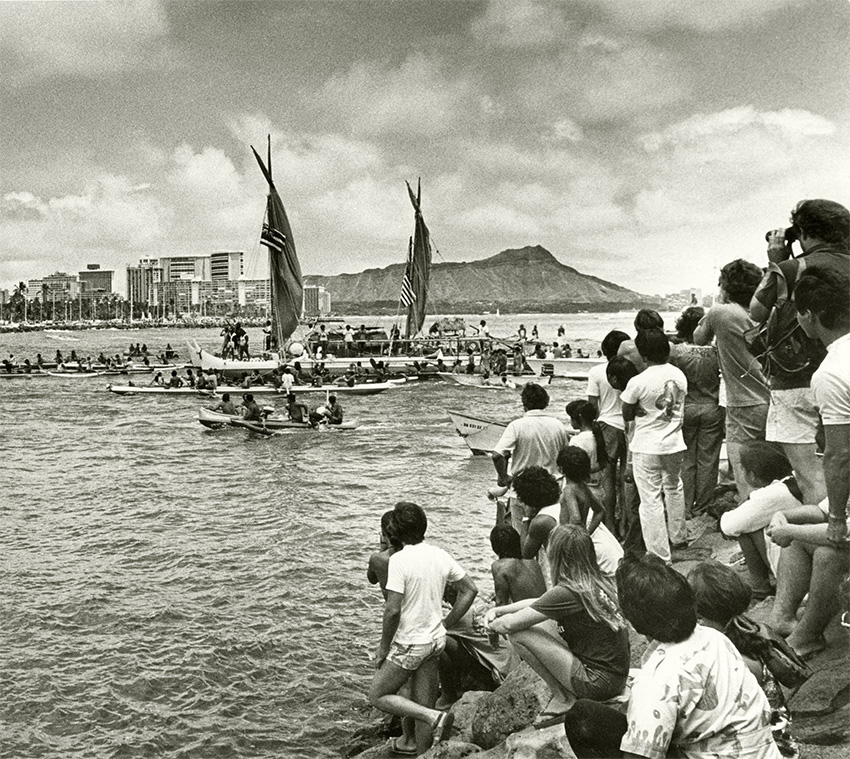 A Voyage to Health Comes to CDU

The Health Sciences Library had a two-day event around the exhibit. We were honored to have two natives from Hawaii who shared stories and are still voyagers: Dr. Marjorie M. Mau, MD. MS. FACP, and Desmon Humea (crew member Polynesian Voyaging Society). 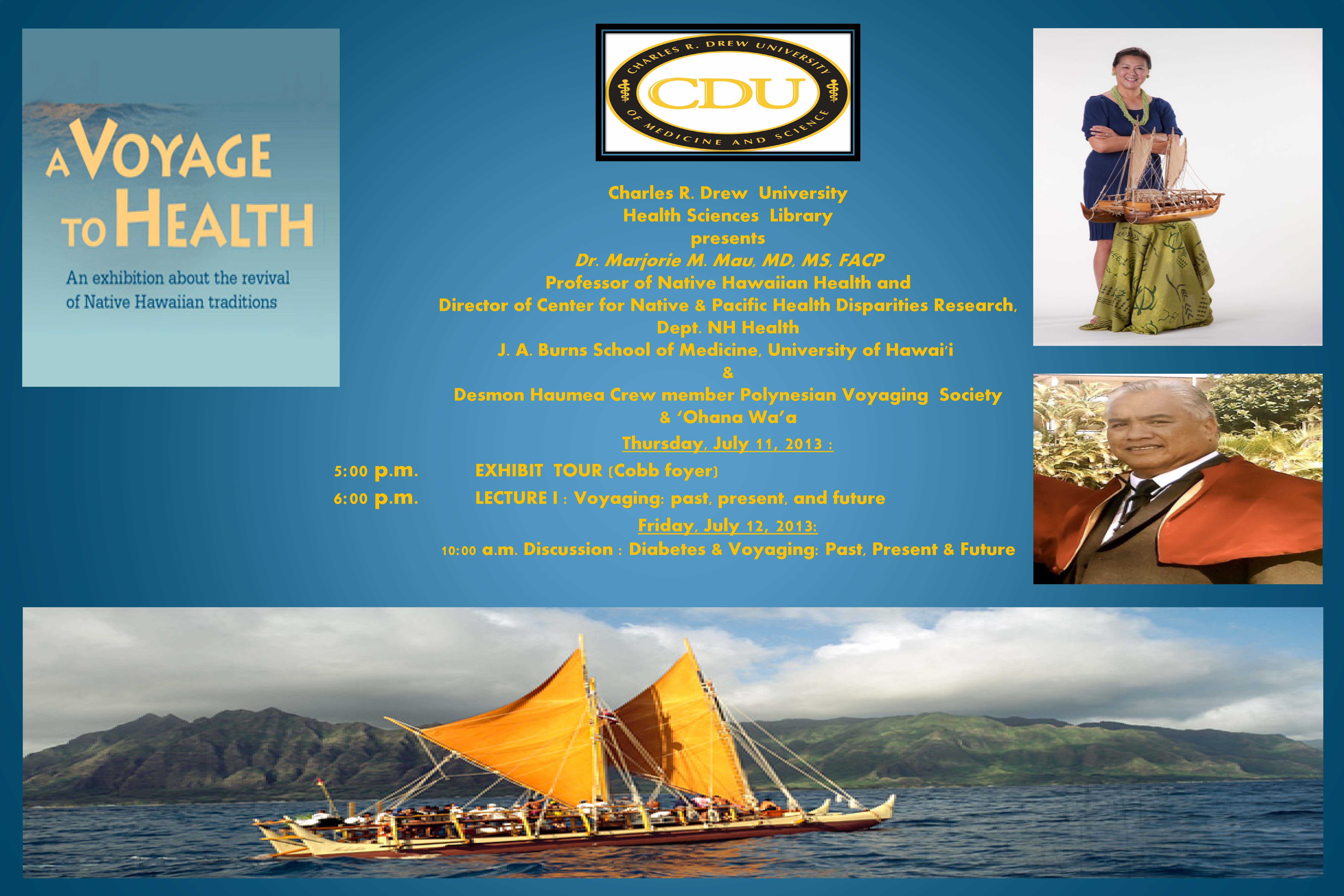 PHOTOS FROM THE EVENT: 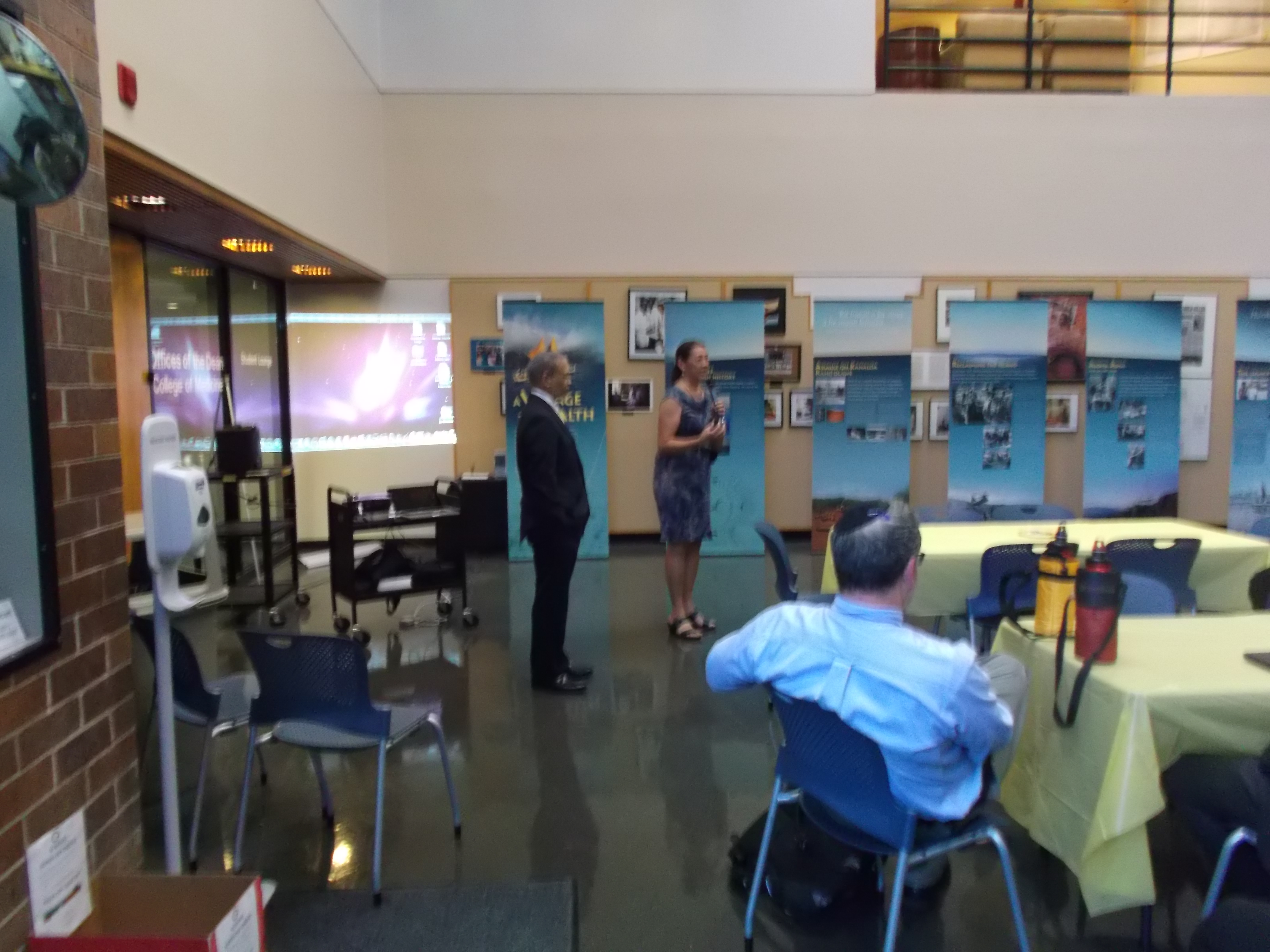 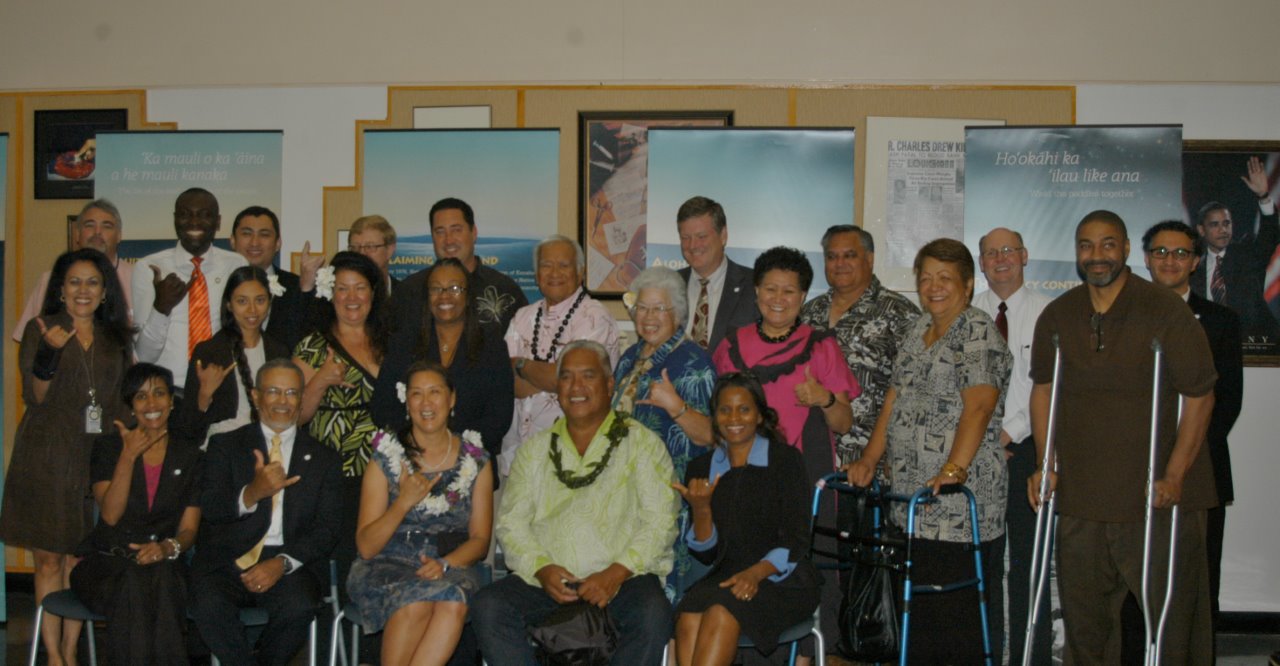 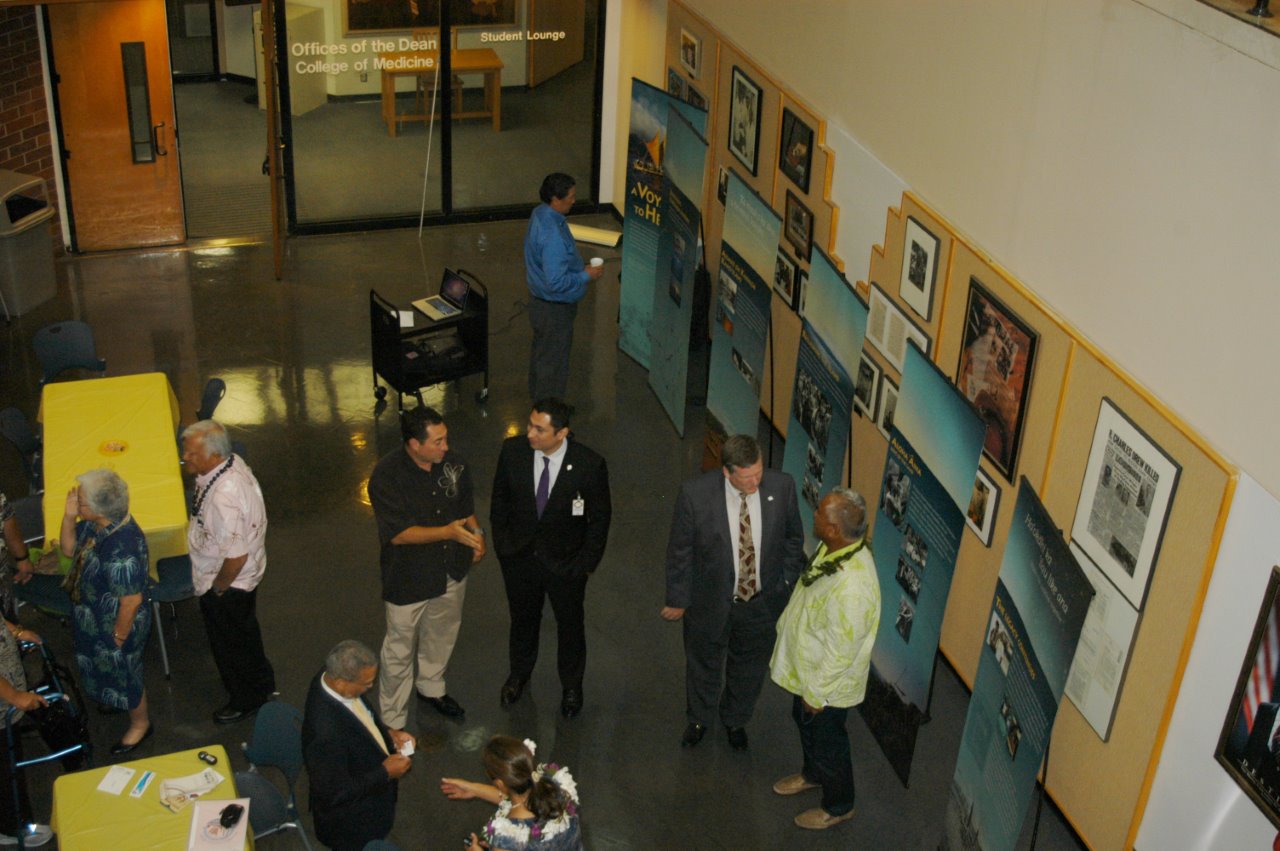 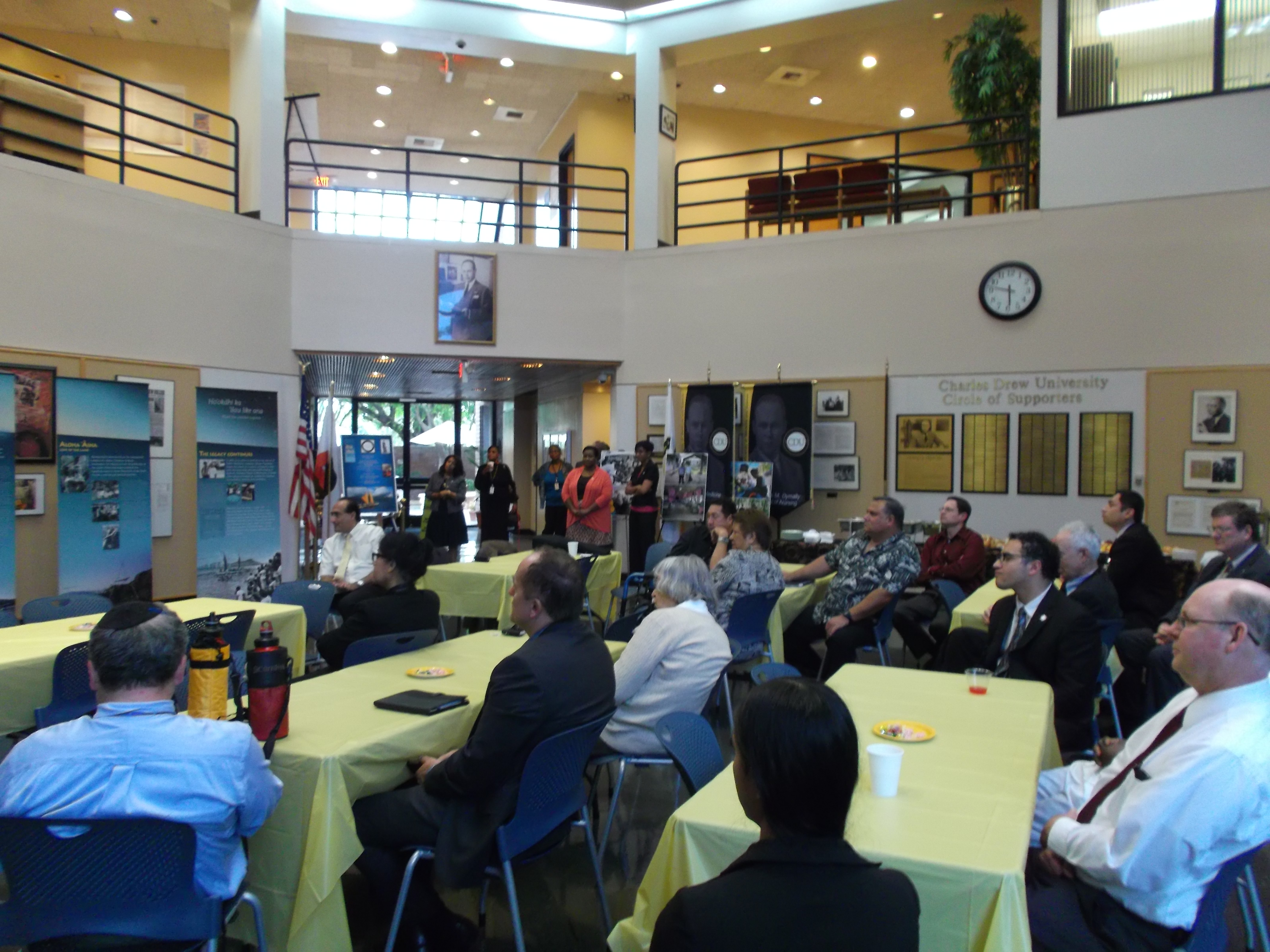 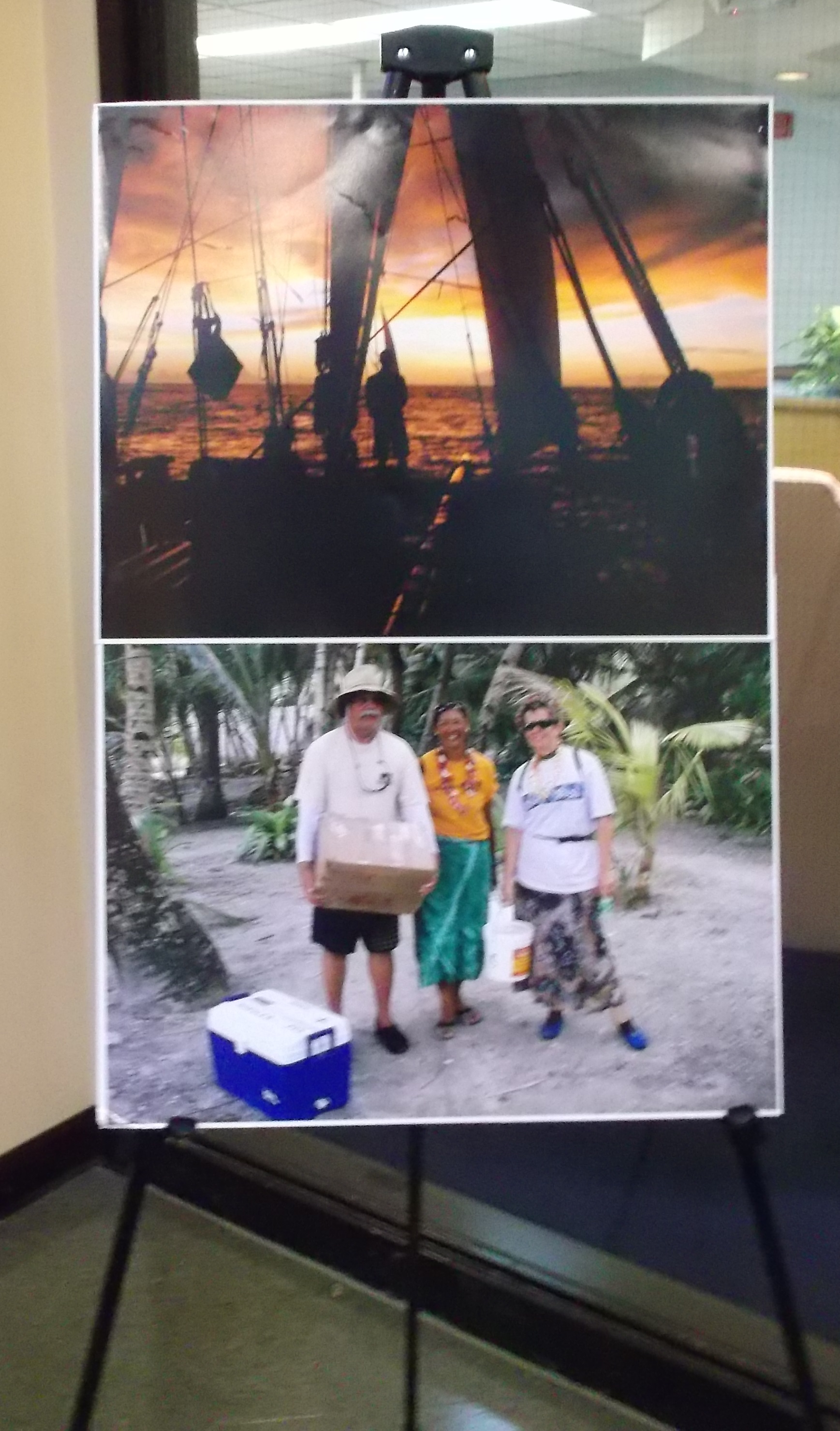