Deans of the College of Medicine--Historic Overview

Dr. Wilson served as the Dean of the College of Medicine from 1994 to 1998. In 1998, his career path took him away from CDU when he was appointed dean of the School of Medicine at Creighton University. An innovative and influential leader, Dr. Wilson contributed greatly to CDU. From 2010 through 2011, Dr. Wilson returned to the University serving as both Chairman of the Board of Trustees and Acting President of CDU. In August 2013, he became the 12th president of Wayne State University in Michigan. Dr. Wilson's biography below is from CDU's "About" Webpage in 2010 when he was Board Chairman. Below that, is Dr. Wilson's final column he wrote in 1998 for the Academic Affairs newsletter. 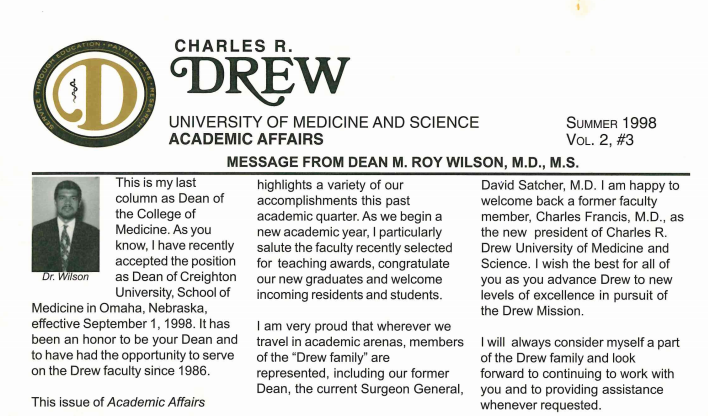