Deans of the College of Medicine--Historic Overview 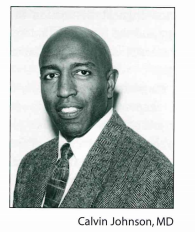 Dr. Johnson is a 1985 graduate of Dartmouth Medical School and completed his residency in 1988 in anesthesia at Harvard Medical School -- Massachusetts General Hospital, Boston Children's Hospital and Beth Israel Hospital. In addition to serving as Interim Dean, from 2001 to 2002, during his time at Charles R.Drew University of Medicine and Science, Dr. Johnson was also Professor and Director of Research for the Department of Anesthesiology. As with other deans who came before and after him, Dr. Johnson wrote a column for the College of Medicine's quarterly publication, Academic Affairs. Below is a poignant piece he wrote shortly after the terrorist attacks of September 11, 2001. 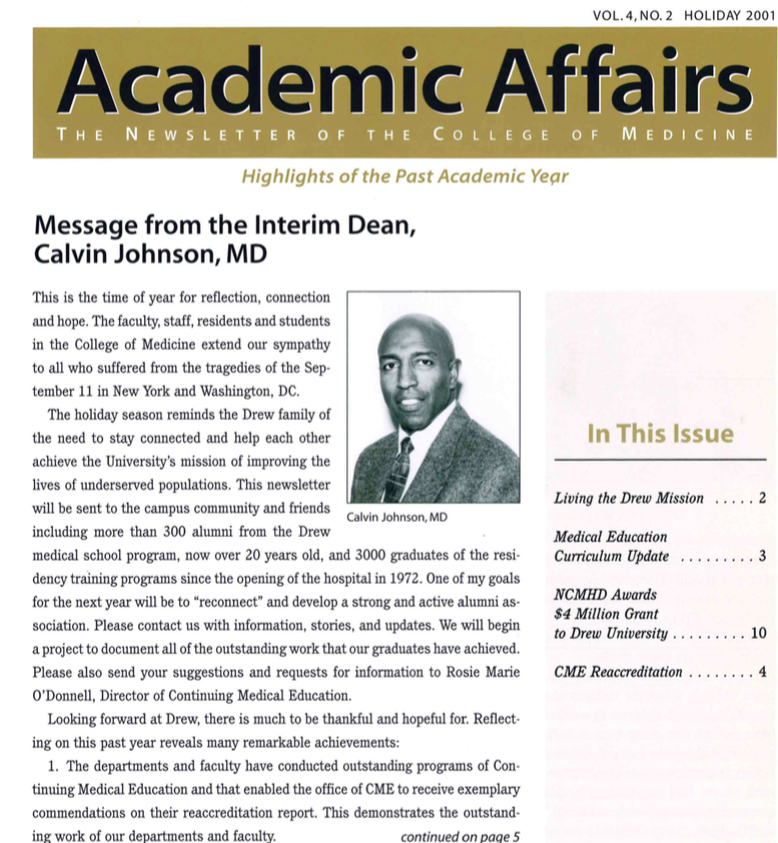